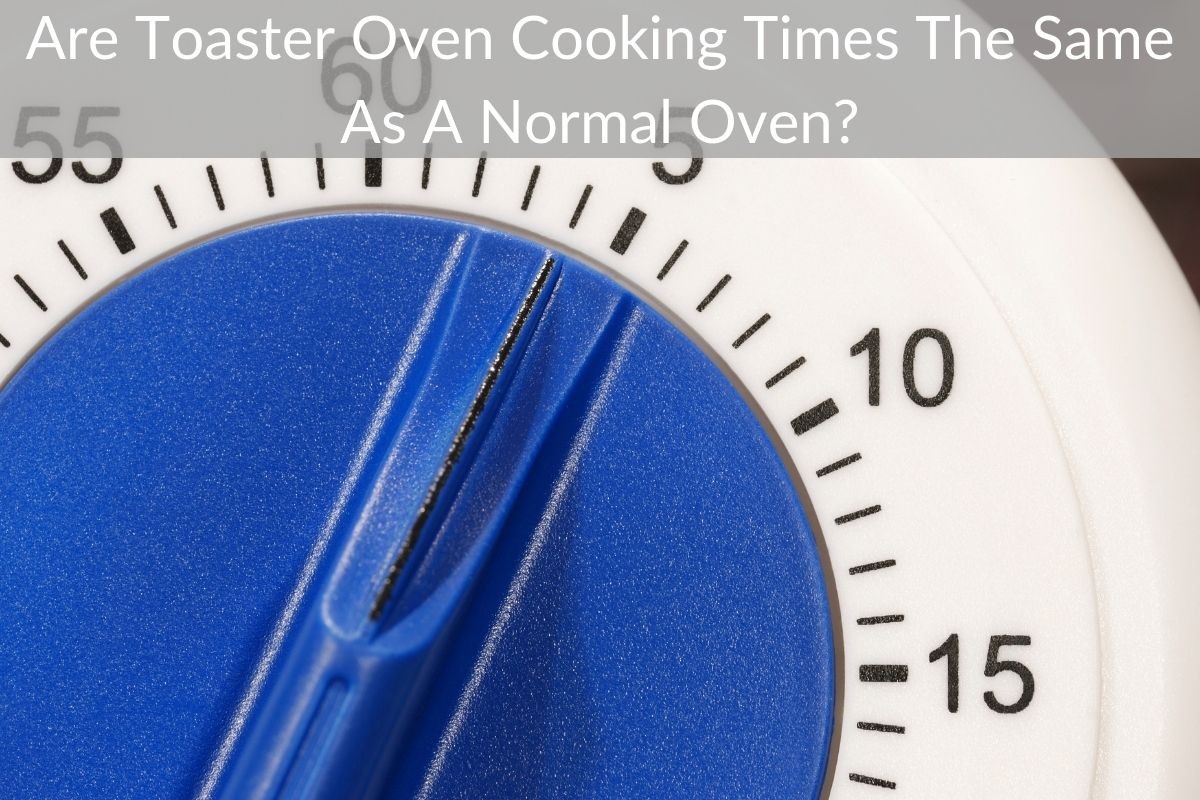 Toaster ovens are one of the most versatile kitchen appliances. Not only can a toaster oven turn a piece of bread into toast, but it can also take raw chicken and make it safe to eat.

A microwave can only warm up your food, it cannot thoroughly cook your meat to a safe temperature. A toaster can only toast your bread, bagels, waffles, and morning pastries.

A crock pot is great to cook meals in, but that tends to take quite a bit of time. If you’re in a hurry to get dinner on the table and did not remember to start the crockpot six hours ago, you now need to rethink dinner.

While crockpots do take a bit of time to cook the meal, there are a few settings on them that also help to adjust the time. If you did forget to put your dinner in the crockpot six hours ago, you can still put it in around the four-hour mark; you’ll just need to place the crockpot on the high setting instead of low.

The toaster oven is smaller and more compact, does this mean since the heat is filling a smaller place it will take less time?

When cooking in a toaster oven you will typically knock off about 25% of your regular cook time. If the chicken needs to bake in the oven for 45 minutes at 325 degrees, you would take off 25 degrees of what the oven would typically be and also 25% of the time.

In the toaster oven, your chicken would need to cook at 300 degrees for about 34 minutes. It does reduce the time, but again, not by as much as you would hope.

While it may look as though the toaster oven will cook your food much faster because it is smaller so the heat is closer, that is not the case. It does reduce the time some, but not as much as you would expect.

To see some of the most popular toaster ovens on the market just click here.

Can A Toaster Oven Replace A Regular Oven?

One thing that is certain about life is that it is always unpredictable. While it would be nice if kitchen appliances would last forever, that is not always the case. Toasters go on the fritz, microwave turntables stop turning, and oven heating elements stop heating.

What if there was an appliance that could replace all three? If the oven were to stop working, are you doomed to many nights of take-out until the oven can get replaced? Can you replace it with a toaster oven instead?

A toaster oven can replace your oven for small meals. The only time a toaster oven may not work to the full capacity of your oven would be if you were planning on having quite a few people over and needed to make larger meals for multiple people.

What Is The Point Of A Toaster Oven? (4 Benefits)

When you see an ad for kitchen space, the counter is typically empty. How is this possible? Most people have a toaster and a microwave, minimum. With a clear counter, this means that they must pull out the toaster every time they want to use it.

Some people prefer not to use the oven and use some small grill to cook a majority of their meat on. Does this not live on the counter either? Do they bring it out every dinner to cook their hamburgers, grill burritos, or cook their chicken on?

A clean counter is a nice thought, but often there are too many appliances to drag on and off the counter.

What about a toaster oven? If I can put my bread in the toaster and my meat in the mini grill or oven, is there even a point to it? The toaster oven is almost impossible to pull on and off the counter since it is so big.

If you already have a microwave, toaster, and mini grill, is there even a point to adding the toaster oven?

If you are still on the fence about whether or not a toaster oven is worth it, here are a few benefits.

Toaster Ovens Help To Reduce Heat In The Kitchen

Have you ever turned the oven on in the summer? It can heat up the house very quickly. In the winter it might be nice to use the oven, but in the summer, the house can seem almost unbearable.

A toaster oven can help reduce the heat that is put off by cooking in the summer. Instead of using the oven to cook your meals, you can use the toaster oven.

The toaster oven itself does get rather warm, but it won’t heat up your whole house while you cook dinner.

Toaster Ovens Are Easy To Clean

No one enjoys shoving their head in the oven to reach all the way to the back to clean the bit of overspill that happened. At that point, it’s almost better to allow the food to burn in the back of your oven.

If it fell off the tray, it lives there now. It may emanate a funky smell, but it’s better than reaching over the oven door to try and feel the back of the oven to clean it.

Cleaning a toaster oven is much like cleaning a microwave. It can be annoying, but it is much easier than trying to clean the inside of an oven.

Toaster Ovens Give You Extra Space To Cook

Toaster Oven Dishes Can Easily Fit In The Dishwasher

If we’re being honest, one of the worst parts of cooking is the clean-up afterward. You have pots, pans, baking sheets, and other large bulky items that don’t always fit in the dishwasher. If you use a toaster oven, every dish that goes in the toaster oven can be taken out and placed in the dishwasher for washing.

You won’t have to worry about hand-washing a giant baking sheet or pot when you use the toaster oven…unless a tragedy happens and something becomes very badly burnt during the baking process.

A toaster oven and a regular oven’s cooking times do differ, but not by much. In addition to the time difference, the temperature does as well.

If you are ever in doubt about the cooking times, a food thermometer will help you know whether or not your meat is thoroughly cooked and a watchful eye will let you know if your food is being cooked a little too thoroughly.

Continue Reading
link to Can You Cook Pork Chops In a Toaster Oven?

Toaster ovens can cook food in multiple ways. If you are planning on making some pork chops for dinner and only need to make a few, you may turn to your toaster oven for the task.  But, can...