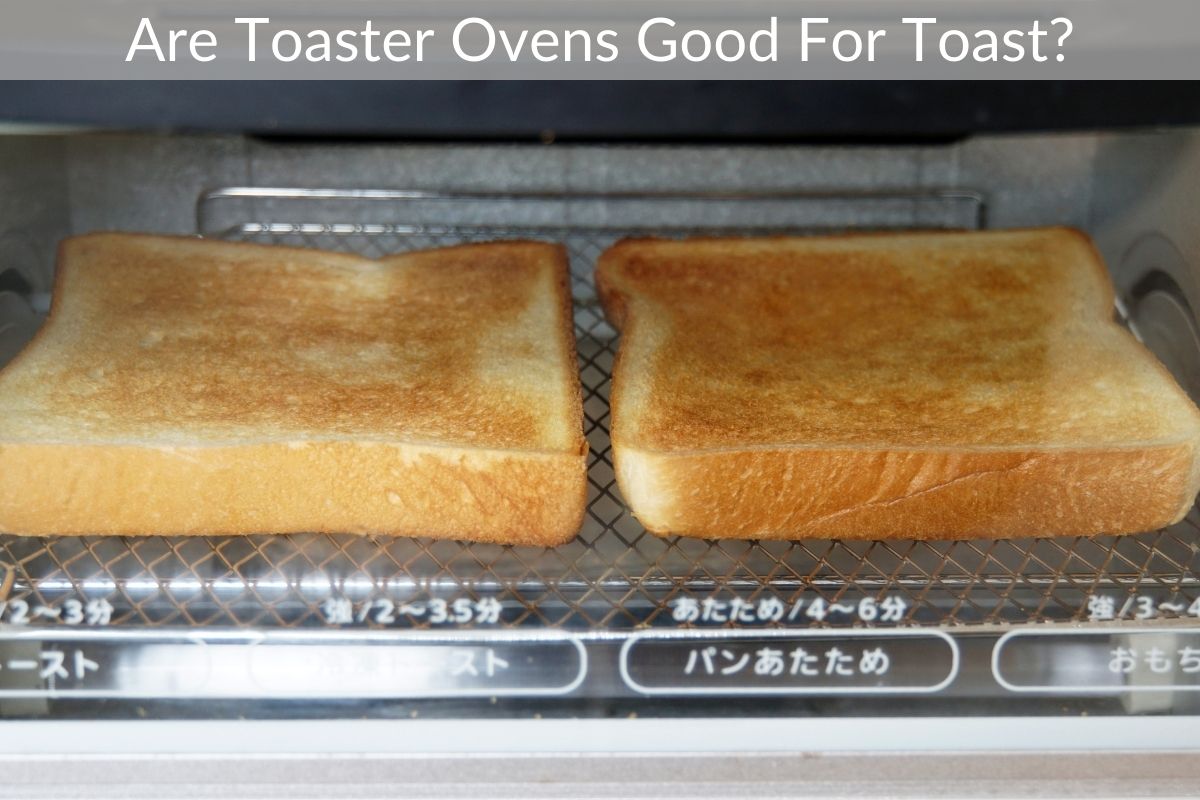 There are so many convenient kitchen appliances available to us. We have a refrigerator to keep food cold, an oven to cook food in, and a dishwasher to wash the dirty dishes we use. You can just pop a slice of bread into a toaster and in a couple of minutes a nicely browned piece of toast pops up.

If you love toast in the mornings or for a snack and find yourself without a toaster, what do you do? If the only thing you can use is a toaster oven, can you use this to make toast?

Toaster ovens are a good option for making toast. It is a multi-purpose appliance you can use to toast, bake, and reheat food in. Toaster ovens are designed for individual portions and can give you a nicely toasted piece of toast.

You can toast, bake or reheat in one of these convenient kitchen appliances. Toaster ovens can be used to make toast but if you want a faster option, a regular toaster is best.

And yes, there is a difference between the two. We will discuss why later on in this article. Still, you can make toast in a toaster oven and although it has many more uses, toaster ovens are good for making toast.

The article, 3 Easy Toaster Oven Settings To Get You Started, explains how to make toast in a toaster oven. They say, “…On a toaster oven with knobs or dial controls, you’ll need to manually set the temperature you want and the amount of time to toast…First, place your bread slices in the center of the cooking rack (refer to your manual for the correct rack placement)…If your toaster oven has a functions dial, set it to Toast…Next, set the temperature. These types of toaster ovens usually direct you use a high heat (like 450°F) but you should play around with the temperature settings to find your sweet spot…Lastly, set the timer. The exact time will depend on your tastes, type of bread, the number of slices, and your toaster oven. It could be as low as 2 minutes and 30 seconds or as high as 5 minutes.”

What Are The Disadvantages Of A Toaster Oven?

A toaster oven works the same way as a regular toaster does except the eating elements are horizontal and it has a glass door. Toaster ovens can function in several ways. So, you can make toast but also bake or reheat in a toaster oven.

They have a variety of uses and if you live alone or only make small portions of food, a toaster oven is great to have.

But, what are some of the disadvantages of a toaster oven?

While toaster ovens are a great appliance, they also have some cons to using them. Some of the disadvantages of toaster ovens is that you can only make small portions of food in it, it may not heat the food evenly, and they can take a long time to heat up.

Since we are discussing the topic of toasting, we will stick with that and talk about the disadvantages of toasting in a toaster oven. A toaster oven doesn’t toast bread as evenly or consistently as a regular toaster does.

Although you can cook so much more in a toaster oven than just bread, when you are toasting a slice of bread, it is going to take a lot longer to heat up and toast the bread than a toaster will. It is also said that it leaves stripes on the bread.

So, a toaster is your best bet when it comes to making toast. But, despite all these disadvantages , you can make toast in a toaster oven.

What Is The Difference Between A Toaster Oven And Toaster?

Both a toaster and toaster oven are powered by electricity. They can both toast bread to a crisp brown to be enjoyed with some butter or jam or on a sandwich. Even though both of these appliances can make toast, there are a lot of differences between the two.

And one is a lot more advanced in what it can do than the other. So, what are the differences between toaster ovens and toasters?

The main differences between a toaster oven and a toaster is their size, temperature at which they can be heated, as well as what can be cooked in them. They are two different appliances used for different things.

Toasters only have one function, and that is to toast things. They can toast at different speeds and for different amounts of time, but toasting is all that they do.

Regular toasters simply toast bread. You can choose the amount of time you want to toast the bread for and when it is done it pops it up.

Toaster ovens on the other hand are like a mini oven and much more advanced than a regular toaster. They are bigger, able to be heated to different temperatures, and have the ability to not only toast, but bake and reheat food as well.

However, the better option is the toaster if you are just making a simple slice of toast. This is because a toaster oven will take a lot longer than a  toaster will to make the toast. Toaster ovens can make toast but they are slow at doing it.

So, as you can see there are some differences between a toaster oven and a toaster.

Toaster ovens are good for making toast. When it comes to toasting in a toaster oven, there are some disadvantages. It takes a while to heat up and toast the bread as well as not toasting it evenly.

So, toasters are your best option if you want the bread to be toasted quickly and evenly.