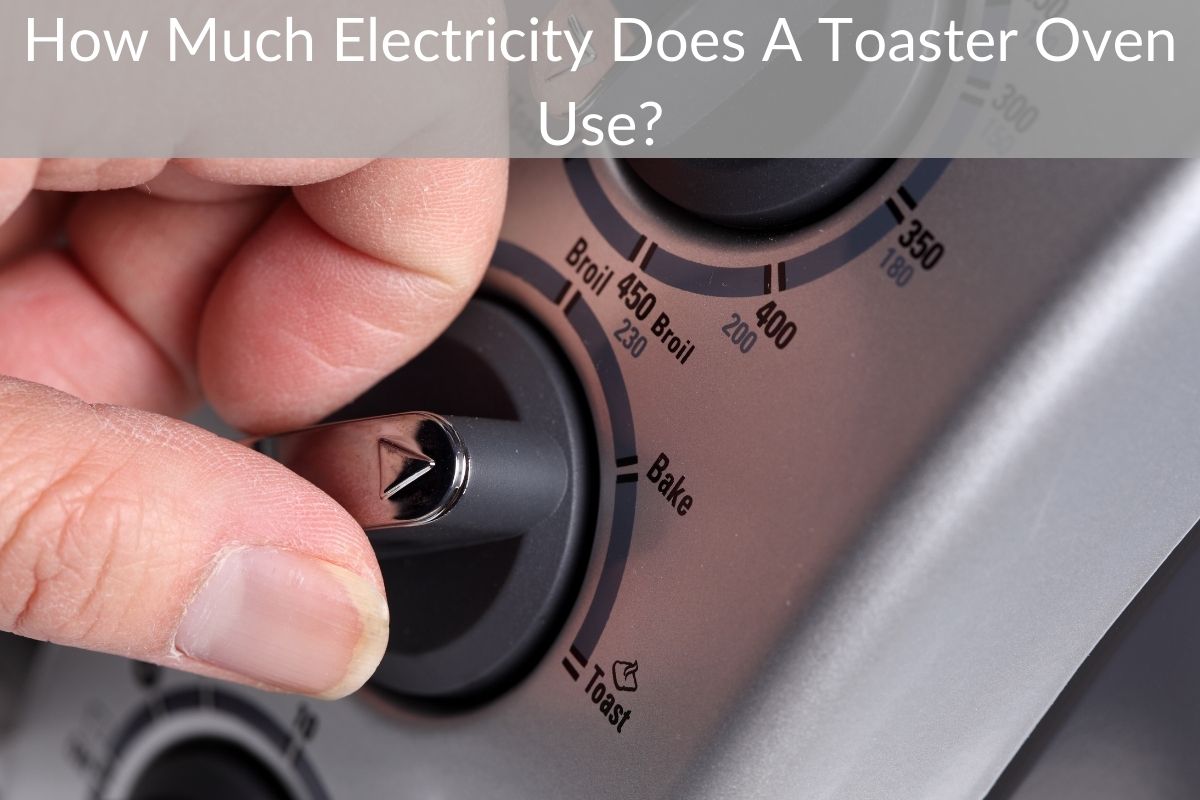 When I entered my second year of college, my mother gave me a toaster oven. I was pretty thankful for it as often throughout my college years, my stomach couldn’t handle the food that was prepared in the dining hall. This was just one appliance I used that I kept in my dorm room.

My roommates were also pretty excited as it meant I could cook for them in my free time. I even had a friend who came after work in the evenings to ask me if I could make her dinner. My room became known as the one for food!

Of course, as science was truly not something I was interested in, the electricity needed for a toaster oven never crossed my mind. The only thing I knew was that the toaster oven had a plug and the wall had an outlet. Put the two together, and I could use my toaster oven!

But now for all you people who are interested in subjects such as electricity, I’m sure you are wondering how much electricity a toaster oven uses.

My little toaster oven was used so much. It was used in my first apartment when I got married, and it was a staple in my college life. If you ever are in a very small space and need to cook, I highly recommend getting a toaster oven. You can cook practically anything in there.

I cooked chicken dinners, shepherd’s pie, cookies, cakes, vegetables, and many other things. Although, looking back on it now, I never tried to cook rice in the toaster oven. I’ll leave that to anyone else who may be interested in seeing that result!

Industry representatives make the claim that toaster ovens will use 1/3-1/2 less energy than a conventional oven when cooking small meals. For anyone concerned about the environment, a toaster oven is a great way to conserve power energy and also save yourself some money.

Based on the numbers presented above, you can see the electrical difference when using the toaster oven and an electric oven. If you only need to cook for yourself and maybe one other person, a toaster oven is the perfect appliance to use, and cheaper on the electric bill. However, if you have a family to cook for, you will probably need to use an electric oven for practical use.

Whichever you choose, you now know the differences between a toaster oven and electric oven in regards to their electricity use. To see the most popular toaster ovens just click here.

Does A Toaster Oven Use More Electricity Than A Toaster?

Can I be honest for a minute? I’m honestly not the smartest person when it comes to names and electronics. In fact I remember the first time I ever heard of a toaster oven. I honestly couldn’t understand why someone would create a toaster oven when there was a toaster available.

It took me a while to understand I could cook other food besides toast in a toaster oven! Again, I’m not the smartest person, but I am a person who likes to have questions answered. One question now is does a toaster oven use more electricity than a toaster.

First, you definitely need to know the differences between a toaster and a toaster oven. A toaster was created specifically for toast. Although now there are some pretty spectacular videos of people cooking other things besides toast in a toaster, I will admit to some trepidation before following the videos for myself.

A toaster oven was created to be a counter top mini oven for the small apartment that’s short on space, and for the busy mom who maybe doesn’t want to wait for an electric oven to preheat before using it.

However a toaster is made mainly for bread while the toaster oven is used as a mini oven. The toaster oven helps the busy person who doesn’t need a big conventional oven, and only cooks for one or two people at a time.

Whichever you decide is best for your house, a toaster oven and a toaster are made for two different purposes. Whether you are only looking for a way to toast some bread or looking for more ways to be cost effective in your kitchen, you can now have more knowledge than when you first started looking.

Hopefully you found this information helpful in your decision.

Does Unplugging Your Toaster Save Energy?

Having the convenience of electronics to help you in your day to day life is truly a blessing! Honestly I don’t know how I would survive without many of my kitchen appliances. Well, I’m sure I would survive, but I would probably be spending much more time in the kitchen and most likely I would not be enjoying myself.

Most of the time, when I’m finished with an appliance, I’ll make sure that it’s off, but that’s about the extent of what I’ll do. However, if you unplug your appliance, will that save energy?

In this instance, I’ll use the example of a toaster. It’s easily left right on the counter or left in the pantry on top of the microwave. It’s simple to do it and forget about it. I don’t check to see if it’s unplugged, I simply forget about it.

A toaster does draw a tiny amount of phantom or vampire power while it is plugged in even when not in use. However this amount is quite tiny since it is a small appliance so it will likely only save you a few cents a month to keep it unplugged.

For most people this just isn’t feasible though. Who wants to climb behind their stove, microwave, TV, computer, printer, etc. and unplug them after every single use? Although it will save you a few hundred dollars a year if you do this with all of your electronics only you can decide if it’s worth the time to unplug and plug each item back in when you use it.

They say time is money, but in this case, energy is money. I’m actually pretty amazed by these savings, and I know many people could definitely use that extra money elsewhere.

By unplugging your toaster and other unused appliances, you do have a big savings of not just a few dollars but actually a possibility of hundreds! That’s a pretty big motivator for me to unplug my appliances.

Also the protection from power surges is a good help. Going the extra step to unplug your appliances is just one more way to live a better life. Finding new ways to save money is just one way to manage life wisely.