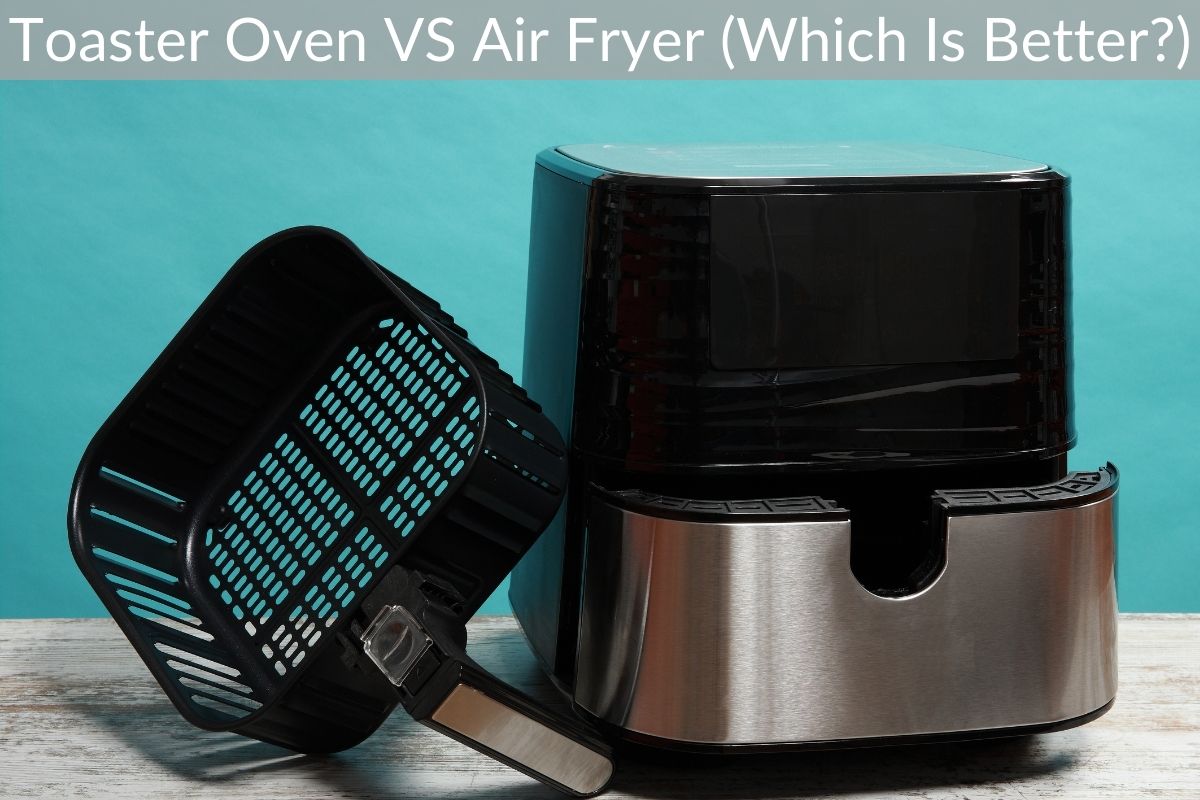 Let’s talk about toaster ovens and air fryers. Both of these are common kitchen appliances. They are similar in certain functions but also have a few differences.

So, you may ask, which one is better, a toaster oven or air fryer?

Air fryers are far more versatile than toaster ovens which is why most people (myself included) will say that an air fryer is a better option.

Some believe that air fryers are better than toaster ovens and some say just the opposite. It all depends on which you personally like the best because everyone has a personal preference when it comes to toaster ovens vs air fryers.

A toaster oven is an electrical appliance designed to be a small oven. It can be used for many cooking methods such as toasting, baking or broiling foods. You can also reheat food in a toaster oven.

This appliance is basically a portable oven although since it is so small, you can only cook a small amount of food in it at once. But, it is convenient and handy and a great addition to your kitchen.

An air fryer is almost like a miniature convection oven that can fit right on your countertop. This appliance can cook anything that can be cooked in a regular oven with very little oil. The result is healthier crispy food without the need to deep fry them.

As you can see, a toaster oven and air fryer are alike. In this article, we will discuss the similarities and differences of toaster ovens and air fryers and let you choose which one is the best one for all of your cooking needs.

To see the most popular air fryers just click here.

What Is The Difference Between A Toaster Oven And An Air Fryer?

So, a toaster oven and air fryer are pretty similar. Now that we know what each one is and is used for, let’s discuss their differences.

What are the differences between a toaster oven and an air fryer?

There are pros and cons to both toaster ovens and air fryers. In order to explain the differences better, here is a list of toaster oven vs air fryer facts:

Do I Need An Air Fryer If I Have A Toaster Oven?

Now that we know the differences between these two kitchen appliances, you may want one or

the other. If you already have one of these, you may be wondering, do I need an air fryer if you have a toaster oven?

A toaster oven can replace an air fryer, but remember that an airfryer will make your food more crispy and also healthier since it uses less oil. Depending on what you want to cook in it, a toaster oven could be used instead of an air fryer and vice versa.

However, if you want an appliance that crisp food better, heats up faster, and cooks faster while also being able to be heated to higher temperature along with many other great aspects, then an air fryer would be a great addition to your kitchen.

But, this all depends on personal preference.

Is An Air Fryer Better Than A Toaster Oven?

You know they cook in similar ways but are also different in a lot of areas, but you just aren’t sure which is the best option. So, which is better, an air fryer or toaster oven?

Because of its immense versatility an air fryer is considered to be better than a toaster oven is. Most people that own both of these appliances find that they use their air fryer far more often than the toaster oven.

Each of these appliances have different strengths and weaknesses but both work well when you cook your food. So, the answer to the question, is an air fryer better than a toaster oven, really all comes down to personal preference.

So, really, it all comes down to what you like using the best.

And as a side note, Did you know that there is such a thing as a toaster oven air fryer?

A toaster oven air fryer is a combination of the two competing kitchen appliances. Combining these together, you get a multifunctional appliance that is able to bake, roast, and broil as well as making food really crispy by using less oil.

So, if you want both of these great appliances in one, try a toaster oven air fryer. If you want to know which is better between an air fryer and toaster oven,  the answer is entirely based on your own personal preference although I personally prefer the air fryer.

So, which is better, a toaster oven or an air fryer? Well, they both are similar but have differences as well. There are pros and cons to each of these and you don’t have to have an air fryer if you already have a toaster oven unless you want to.

An air fryer does make breaded food more crispy than a toaster oven does. But, a toaster oven can cook in a variety of ways. It’s difficult to say which is better.

So, find which one is better for your cooking needs and what you like using the best. Both toaster ovens and air fryers cook food well and are great kitchen appliances.