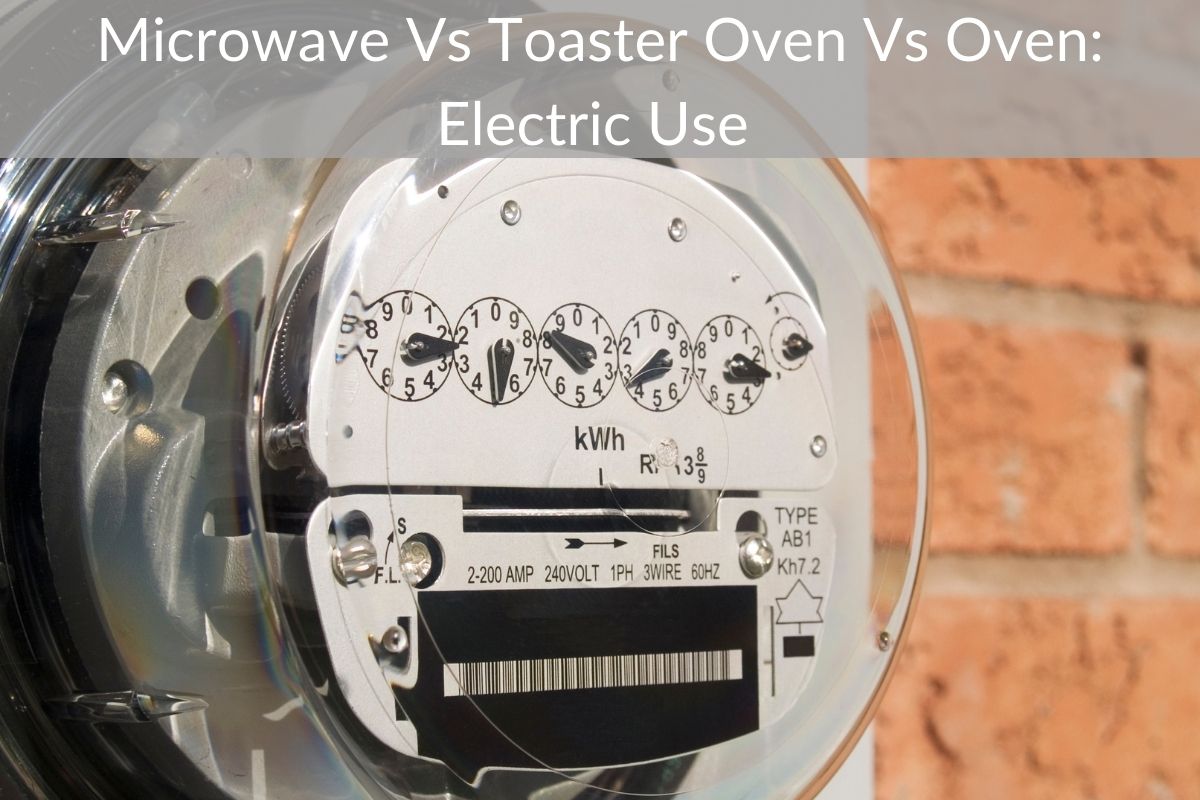 Microwaves, toaster ovens, and conventional ovens are all great appliances used to cook food. They each have their benefits and their downsides. We are going to take a look at these three different kitchen appliances and see which one is more energy efficient.

A microwave is a small appliance that can either fit on your counter top or be mounted to the wall, often over your stove. The microwave oven will reheat or cook your food using electromagnetic radiation.

Microwave ovens can be 700 watts all the way up to 1,200 watts. Not only can they cook your food but they can also defrost your food for you which can come in handy if you forgot to set something out for dinner.

Your typical microwave will consume 1.2 kWh in energy for every hour that it is in use.

A toaster oven will not heat up your kitchen in the same way that a conventional oven would. A toaster oven that is set to a temperature of 450 degrees Fahrenheit will consume 0.9 kWh per hour of usage.

With a conventional oven you won’t need to worry if you can fit the pizza into the oven or if your cake will rise too much. However, a conventional electric oven will heat up your house.

I know people who bake more in the winter months so that the extra heat coming from the oven helps to warm their house. At the same time, they avoid baking and using their oven in the summer months to avoid heating up their homes.

An electric oven that is set to 350 degrees Fahrenheit will consume 2 kWh of energy for every hour that it is in use.

The average microwave gets used for anywhere between 15 and 30 minutes a day. If you are using your microwave for 30 minutes out of a day then you would only be using just slightly above a half a kWh in energy per day.

If you are cooking or baking large amounts of food then a normal oven will work best since you can cook/ bake many different items at one time.

To see the most popular premade meals that you can cook in the oven, toaster oven, or microwave just click here.

What Uses More Electricity, A Toaster Or Toaster Oven?

Toasters are in nearly every household in the United States of America and around the world. Since the invention of the modern toaster in the 1890’s it has become a staple kitchen appliance.

The first toaster that was invented could only toast one side of the bread at a time and needed to be carefully watched so that your toast would not burn. More often than not the toast did burn, which is what gave Charles P. Strite the idea for a pop-up toaster, one that would automatically pop the toast out of it once it was done.

In 1921, he received a patent for the Toastmaster.

Charles Strite’s Toastmaster had electric heating elements on both sides so the bread no longer needed to be flipped over during the toasting process, it also had a built-in timer that would shut off the heat when it was done toasting the bread. A spring was built into the Toastmaster so that when the timer went off it turned off the heat and the toast would pop out of the machine.

The Toastmaster design that Charles P. Strite created in the early 1900s is still the same design that is often used today. Today’s toasters use between 800 and 1,200 watts of energy while it is in use.

Most toaster ovens will use about .9 kWh of energy per hour of use. It is easy enough to use a toaster oven for an hour every day. A toaster often only gets used for a few minutes.

If you are toasting several pieces of bread or bagels and need to run your toaster for a total of 20 minutes in one day then you would only be using 0.24 kWh of energy per day. It is more energy efficient to use a toaster instead of using a toaster oven.